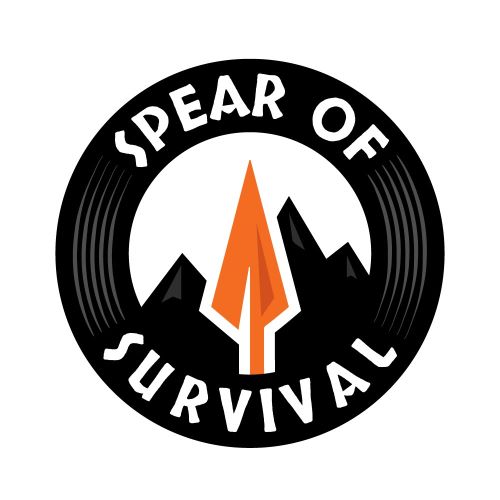 The six-day assault of Kilimanjaro via the Macheme route was a walk in the park for me. This was my 16th assault of Africa’s highest mountain, and I had, between 2001 and 2009, survived the other more grueling routes under all kinds of murderous weather conditions. Macheme was easy peasy lemon squeezy.

That last part was only in my head, of course. No mountaineer with his head screwed to his neck at the right angle will disrespect a mountain prior to reaching its summit. It’s a little like telling the crocodile while you’re crossing the deep river on his back that his warty snout is particularly unattractive. You can be sure of this: not only would you not reach the other bank; you’d be croc dinner too!

This is not to lend any credence to the ridiculous superstitions making the rounds about some mountains in Africa. BraveHearts Expeditions and I had to deal with one such unfounded superstition when in 2015 we launched the first abseiling assault on the face of Mount Odweanoma in Kwahu. We were told the mountain was the face of some god, and that setting foot on its face (which we would with abseiling) would be sacrilegious. We abseiled, of course. The gods haven’t shown any interest in us yet.

Still, no experienced mountaineer disrespects a mountain. In the case of Kilimanjaro, approximately 1-thousand people are evacuated each year, and some 10 deaths occur annually, mainly due to altitude sickness. You don’t want to be trekking up Kilimanjaro in miniskirt and high heels, wearing attitude and throwing shades at the 4,359-year-old mountain when acute mountain sickness, hypothermia, rock fall and avalanches, colds and respiratory infections contribute to stopping hundreds of people from reaching the summit each season.

But in West Africa, the killer-humidity on the Akwapim-Togo-Buem highlands is so energy-sapping that hiking alpine mountains are such cool endeavours. And it is with this backdrop that I consider an assault of Kilimanjaro as a walk in the park. Except for the bone-calcifying cold at night, of course.

Anyway, so here I was on the fourth day of my 13-man assault of Kilimanjaro. So far, I had escaped the exhaustion some on my team were experiencing, the altitude sickness and constant vomiting of a sweet other, the farting and anti-bath mountaineering policy of yet another team-mate and the I-never-poop-on-mountain-adventures plan of still another. To be sure, I was the envy of everyone else.

Then came summit night at Barafu camp. I had been feeling increasingly feverish the night prior. I knew the symptoms of malaria so much that there was no doubt in my mind that the nightmare I had on Night 2 was an indication of how much running around those annoying plasmodium parasites were doing in my blood. I had the right medication – that oh-so-awful combination of artemether and lumefantrine. Knowing what hell a malaria-free mountaineer experiences in summiting Uhuru, I felt it was necessary to start the dosage early. So I popped the first tablets at lunchtime in the hope that the second tabs by midnight might reduce the symptoms of the malaria and make the final assault easy peasy as well.

Midnight came and Patty, our head porter, woke me up in my tent and offered a bowl of hot water to thaw my thick, frozen fingers. Breakfast consisted of hot chocolate drink and some biscuits (I have since vowed to take a mixture of gari, sugar and groundnuts on all future assaults), and I washed the medication down with breakfast. Then the midnight trek to Stellar Point began. From Barafu (altitude 4,645m) we hauled our backsides through the icy night with nothing to guide our vision except the stars and our headlights. We reached Stellar Point (altitude 5,739 m) at sunrise at enormous personal effort. I could barely put a foot after another. I was far worse for wear than my team-mates who had thrown up every step of the steep, scree-filled slopes. The enormously high altitude of Kilimanjaro had increased the number of my red blood cells. This was my body’s way of dealing with the increasingly thin oxygen amounts in my blood. Consequently, the amount of the malaria medication that attached to each cell increased, reducing the amount of free drugs in my plasma and lessening the effectiveness of the medication.

My theory is supported by this University of Cincinnati research. “In high altitudes, our bodies produce more red blood cells,” says Prof. Wolfgang Ritschel. “Research on the body’s reaction to medication is generally done on subjects who live at sea level, and these results are extrapolated to people at high altitudes. This study suggests that a dosage’s clinical effectiveness should also be tested on people in high altitudes” before assuming effectiveness in high altitude terrains.

My assumption that malarial medication would help was proven to be unfounded. Not only did it not help, it induced sluggishness, extreme sleepiness, overwhelming exhaustion, dizzying headache and an overpowering desire to return to my Mama.

It was a wonder I made it to both Stellar Point and Uhuru Peak (altitude 5,895m). As a matter of fact, I wouldn’t have made it without the help of my team mates in the Mountain Goats Clan, the Russian-blooded Sergei, the German Daniel and his beautiful wife Christina. After we made it to Uhuru, Christina and I (probably the ones who suffered the most on the assault) made it back to Barafu in record-breaking time. Our bodies screamed for sub-peak oxygen and enabled us to literally ski off the summit, but that story is for another day.

My point: high altitudes and anti-malarial medication do not mix. Do check your blood plasmodium levels before you assault Kilimanjaro. Your house people might not help you the way mine did.